Get ready for short-term trade pain, US tells American companies in China

Time is running out for both countries to avert the first tariff shots but two key dates could lead to a deal, sources say 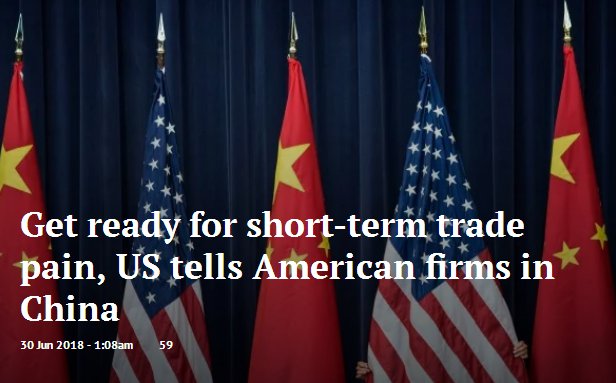 US officials have warned American companies operating in China of pain ahead as the first round of tariffs looms in an expected trade war between the two countries, sources said.

Two US business sources said that the US embassy in Beijing told American companies on Thursday to be prepared for fallout over the short term, suggesting that the trade clash with China could last some time but would be in their interest over the long run. The embassy declined to comment.